Impressive Rugby Accomplishments from an OC

Impressive Rugby Accomplishments from an OC

Blake Kyd Breaks Barriers in the World of Rugby 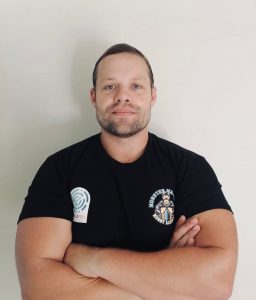 Blake Kyd, who matriculated from College in 2005, has been doing incredible things in the world of rugby since. Some of his most impressive accomplishments include but are not limited to, having captained the Border Bulldogs, playing 116 caps for the aforementioned team, Playing for the Midlands Rugby Academy (2006-2011), Managing the Midlands Rugby Academy (2009-2011), Serving on the MyPlayers and SARPA Boards (2013-2019), and Being both an EXCO member and Vice-President of MyPlayers. We asked Blake to chat to the OC community a little about who he is, some of the things he has accomplished and the role College has played in his life and career.

Maritzburg College will always be a special part of my life. From life in the classroom, to games and finishing off homework at break time, to the sports field where the Red, Black and White spirit of college rugby is still with me to this day.

It is difficult to find the words to describe what it is like being a college boy, it’s a feeling. Something that makes College different to any other school, which I will always hold dear, is the long lasting friendships and that connection of being there for a fellow college brother regardless if you happened to be friends in school or not. Maritzburg College will always be a special part of my life. From life in the classroom, to games and finishing off homework at break time, to the sports field where the Red, Black and White spirit of college rugby is still with me to this day.

When I started at College it was a scary time coming from a small school and having to adjust to the vast numbers and the long standing traditions. In hindsight, it was only once I left school that I appreciated those traditions and values that Maritzburg College instilled in me.

Honesty, integrity, courage, self-discipline, commitment and respect! These are still the values that I uphold today and live my life by. Not only on the sports field but in all spheres of life. 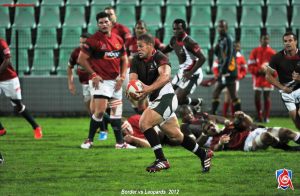 I made a career of rugby by playing for the Border Bulldogs from 2012 to 2019 and played 116 games for them. The funny part about my choice of career was that I played for the 5th team in my matric year (Bush pigs!). I always had a passion and love for rugby but was never in the best physical shape while I was at school. It was only after school that I joined the Midlands Rugby Academy and began my rugby career where I played my first provincial rugby game; being selected for the Natal U18 academy “A” side.

I played club rugby for Maritzburg collegians, played for the Natal amateur sides and eventually became assistant manager at the Midlands rugby academy before being offered a rugby contract for the Border bulldogs in 2012. In my years playing for the Border Bulldogs I achieved 116 games and captained the side for 4 years. During this time, I was studying to become a teacher. I was also an Executive Committee member and the Vic-president of the MyPlayers rugby union 2017-2019.

I am currently a teacher at Hudson park high school in East London and have started a Development rugby academy, doing outreach work in the Border region. I am also an IRB world rugby level 2 coach

I will always be grateful to Maritzburg College. Brotherhood, along with all the core values, was the driving force that made me achieve everything that I did and am still blessed to be achieving.