Celebrating the top achievers of 2020

This has not been an easy year for the Class of 2020, and it was especially heart-warming to witness our 6th formers carry out some of the traditions of school leavers at College. At the end of last term, these young men ceased to be College boys and became College “Old Boys” as they were formally inducted into the Maritzburg College Old Boys’ Association. This week, the traditional 6th form procession took place around the school with shouts in each quad, signing of shirts on Forder Oval, a last war cry and ending with our 6th Form Speech Day and Valedictory Service. This year, our Speech Day saw Cultural, Sporting and Academic awards being given in recognition of outstanding achievements by our 6th formers. 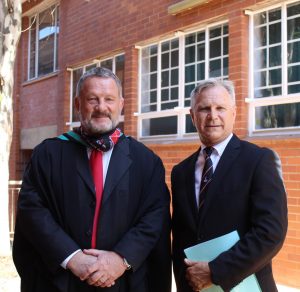 In his address, College’s Headmaster Mr Chris Luman gave wise advice to the boys; know who you are, take responsibility for your own life, determine your priorities, and persevere when life is difficult. Guest of Honour was current Headmaster of Merchiston, Mr Dave Beetar. Mr Beetar is the longest serving Headmaster of Merchiston and will retire at the end of 2020 after thirty-three years of service to the school. In his speech, he passed on nine useful lessons learned. At the heart of these was the call to celebrate people and be grateful for those who touch your life. He reminded the boys that their education was not finished; they need to stay the course and follow their dreams, to never be afraid to ask for help, and to be significant by serving others.

Head Prefect Chris van Heerden addressed his classmates, praising them on rising above the challenges they have faced this year. He thanked the staff of College for everything they have done, as well as his Deputy Head Prefects and fellow Prefects for their support and encouragement. He ended his speech with an emotional goodbye to his fellow brothers, thanking them for the memories built, and calling on them to return to their red black white home. 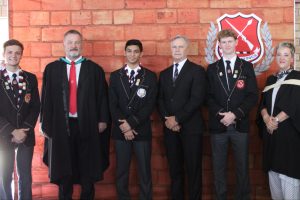 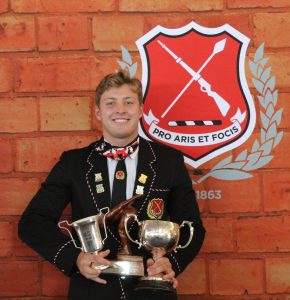 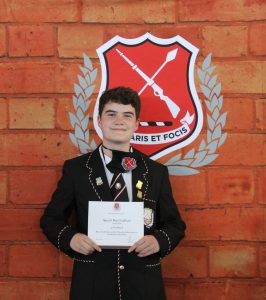 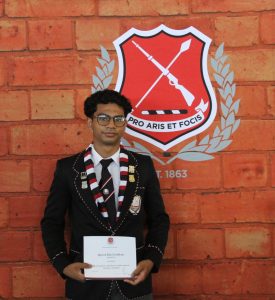 Yukail Naidoo also displayed versatility of talents and was awarded a Merit Certificate and the prize for achievement in Academics and Sport.

Deputy Head Prefect, Kent Goedeke received the Oscar Servant Trophy for Best All-Round Cricketer in the 1st XI, and the Skonk Nicholson Trophy for the Most Committed Player in the 1st Rugby XV. Nhlakanipho Ngcobo was awarded the Greenhalgh Cup for the Most Valuable Basketball Player and the Ron Jury Trophy for Best All-Round Basketball Player, while Matthew Zunckel received the DJ Berry-Jennings Cup for U18 Athletics Champion, the College Shield and Victor Ludorum.

Well done to all the Class of 2020 – these are young men of stature who can go forward with pride and courage, knowing that their time at Maritzburg College has prepared them well for wherever their lives take them.

Maritzburg College Trophy for the Chess Player of the Year:
N Whatmore

Shrives Trophy for the Most Committed Player in the 1st Hockey XI:
MC Veenstra

Olivier Trophy for the Player of the Year in the 1st Rugby XV:
CV Dlamini

Oscar Servant Trophy for the Most Committed Tennis Player in the 1st Team:
TM Katzenellenbogen

The Prizes for Music and CAT:
MA Thomas

The Phelps Cannon Prize for Service to the School:
C van Heerden

Merit Certificate, the Prizes for Mathematics, Physical Science and
the Nedbank Proxime Accessit for SECOND IN FORM:
MH Zunckel

Merit Certificate, Prizes for English, Life Sciences, the Val Harley Trophy for Creative Writing,
the First National Bank Prize and Levinsohn Trophy for the DUX OF MARITZBURG COLLEGE:
I Maharaj