Recognition of Passion for and Service to the School… 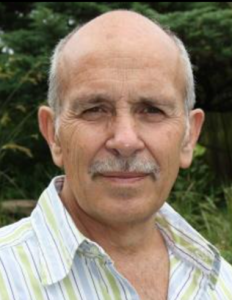 The Maritzburg College Old Boys Association is a close-knit alliance comprising of men who were once boys who wore the College badge and shouted for the red, black and white. The association allows for old boys who are passionate about the school to stay connected both to the school and to one another. It allows these patriotic men to give back to College and make their mark on its already iconic history.

However, every once in a while, a different kind of man is identified. One who is not a College old boy in the traditional sense of the word but whose passion for, and service to, the school are worth noting. Few match this description better than Mr Simon Haw.

It is for that reason that Mr Haw was awarded the Special Membership Award at the MCOBA AGM held Thursday the 11th of June. More than 50 members of the association watched from different corners of the world as Matthew Marwick announced the good news.

This is some of what was said:

“An invigorating member of the school staff from the start of 1976 until the end of 1989, Mr Simon Haw has rightfully earned wide acclaim as the writer of a number of very fine historical books, including two on Maritzburg College itself, with For Hearth and Home being published in 1988 and Old Walls, New Echoes in 2015.

For decades, he has rendered distinguished service to Maritzburg College, but its past scholars offer their particular gratitude for his recording, preserving and celebrating of the much-treasured heritage of our Alma Mater. “

Mr Haw, who said he was “deeply honoured” both by the words spoken by Mr Marwick as well as the award itself continues to serve as a member of the school’s Archive’s Committee; helping ensure the schools rich history will never be forgotten and is accessible to the broader College community. It is for those reasons and many more that Mr Haw is most deserving of the Special Membership Award.