A school with a strong sense of tradition

That captures the undying loyalty and affection of all its boys, past and present

Where each boy is equipped to discover his potential

Of integrity and honour, equipped for life beyond high school

Maritzburg College was founded as Pietermaritzburg High School in 1863 to accommodate the influx of children arriving to the new city of Pietermaritzburg as well as those from the surrounding farmlands in the KwaZulu-Natal Midlands.

As the school grew, ‘the best-trained architect in the Colony’, Mr PM Dudgeon, was commissioned to design, on the then outskirts of the city, a larger classroom and boarding block. Completed in 1888, this building later became known as Clark House, honouring the school’s third headmaster, Mr RD Clark (MA (Oxon)), who is often referred to as ‘the Father of College’.

Clark House is a Pietermaritzburg landmark and carries South Africa’s heritage seal, certifying it as a national monument. A similar honour was bestowed on the school’s Victoria Hall, the building of which began in 1897 (Queen Victoria’s Diamond Jubilee year) and which served as a British Army hospital from November 1899 until July 1900, during the Second Boer War. 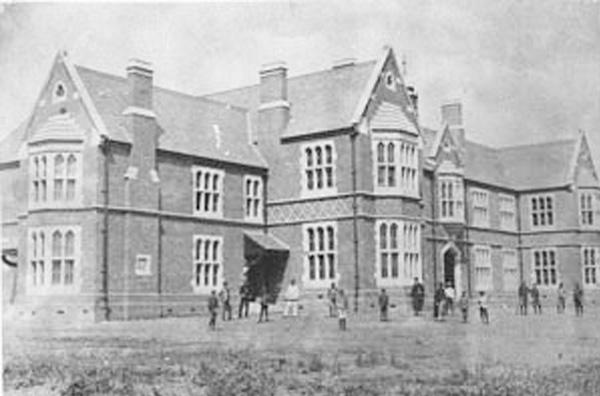 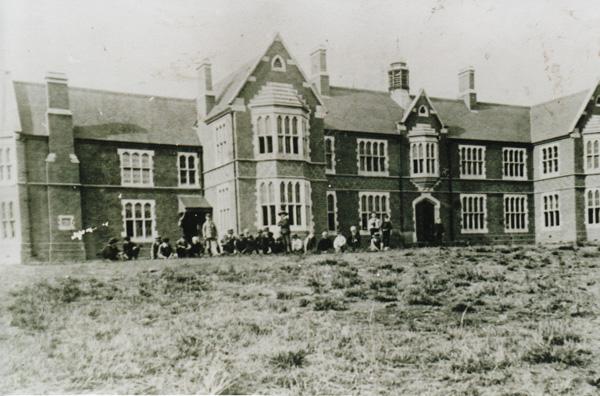 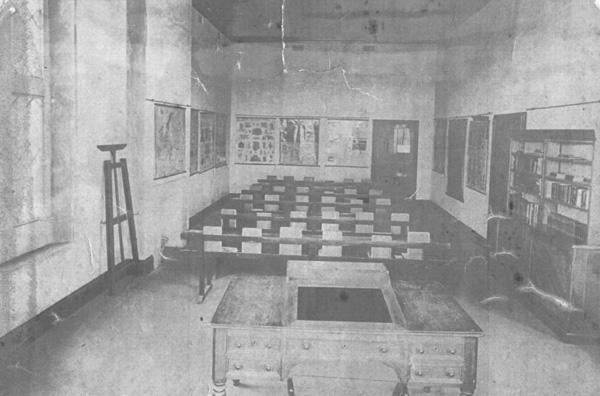 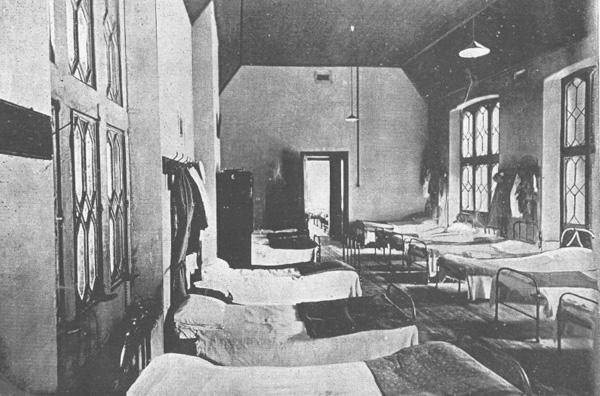 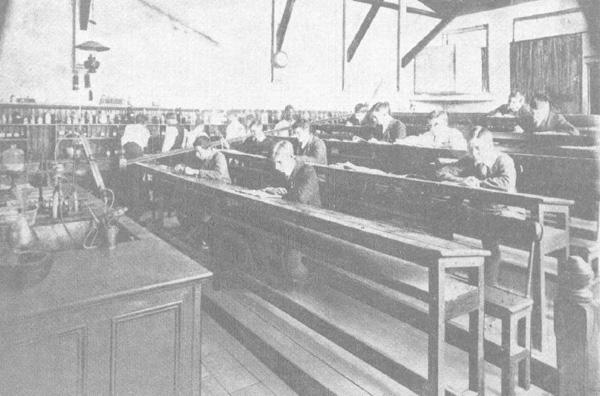 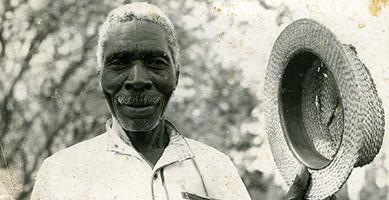 The school crest is a red shield with a crossed carbine and assegai (a traditional Zulu weapon), over the Latin scroll bearing Pro Aris et Focis – For Hearth and Home. In our 151st year, grey laurels and our year of establishment were added, in recognition of reaching this great milestone.

The College colours of red, black and white were first introduced in 1891 by the captain of the school’s football team, Mr EJ Holgate. A short while later, Mr RD Clark instituted the school motto (derived from the Latin inscription he composed for the Colonial War Memorial, now in the foyer of Clark House) and the badge of carbine and assegai. This insignia was initially connected more with the school’s Old Boys’ Association than the school. An ardent Victorian, Mr Clark was especially proud that so many of his young school’s sons had perished in valiant struggles ‘for hearth and home’ – hence the school’s martial insignia.

Debate has taken place as to why Mr Holgate chose the combination of red, black and white for the school’s colours. A popular belief is that they highlight the various skirmishes, battles and wars between the British and the Zulus that took place in the late 19th century, with the colours representing the warring parties (white and black) and the blood that was shed between them (red). As recently as 2005, this issue had not been conclusively settled by the school’s Archives Committee.

One of the school’s distinct features is its hierarchical system, which is underpinned by a long-established set of privileges, traditions and duties. The most well-known include ‘team-testing’, which is the rote-learning of the names of school sports team members by juniors, ‘running’, which is the carrying out of small errands by Form 2 boys for prefects, the saying of the word ‘please’ when a junior is addressing a senior boy​ and ‘waiting-at-doors’. Possibly our most time-honoured school tradition is the wearing by all boys of straw boaters, known as bashers, which are hurled into the air at First XV rugby matches.

Because of its potentially contentious nature, the hierarchical system of privileges that underpins the school’s ethos is carefully monitored by the staff, hostel masters and senior prefects. Maritzburg College’s rigorous structure of traditions and related concepts date back to similar styles found in pre-1900 British boarding schools, and it is perhaps the only school in Pietermaritzburg where this concept is retained, albeit in a modern and responsible manner.

The History of Sport at Maritzburg College

The school has fixtures against its Durban counterparts, such as Durban High School, Glenwood High School and Westville Boys’ High School, and the local private schools, Michaelhouse, Hilton College and Kearsney College. Records show College to be the strongest sporting school in the province in sports such as rugby, cricket, canoeing, polo, polocrosse and hockey. 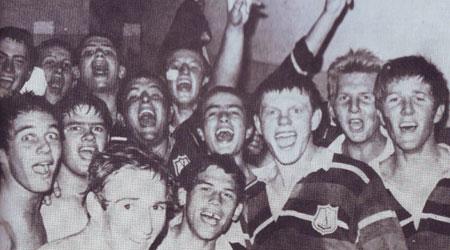 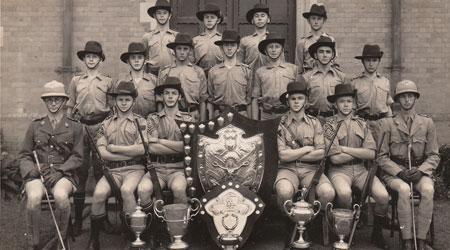 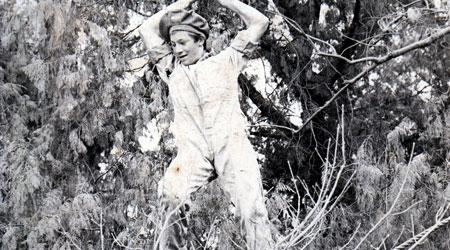 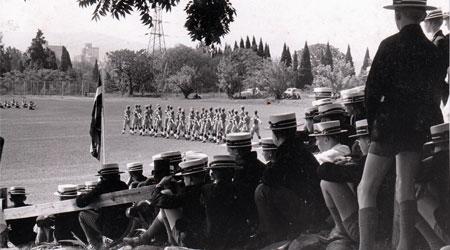 James Mervyn Nicholson (the “Skonk” nickname came later) was born in Underberg, KZN, on 6 February 1917, and grew up on the family farm in that district. In due course, he was sent to Durban Preparatory High School (DPHS) in Durban, and then on to Durban High School (DHS). His father was a great friend of the legendary DHS Head Master, Mr AS “Madevu” Langley, and so young Mervyn (as he was then called) was sent to DHS, rather than to Maritzburg College, which was also a family school.

He enjoyed a remarkably successful stint at DHS, and matriculated in 1935 as Head Prefect, captain of both the First XV and the First XI, captain of the Natal Schools’ XV, and Senior Cadet Officer. It was as a young standard six (grade 8) boarder at DHS that he earned his famous nickname of “Skonk”: the then Head Prefect, M Bennett, recognised young Nicholson’s spirited nature, referring to him as “Skonkwaan”, which was the name of an ox on the family farm, meaning (in isiZulu) “tent-peg”. This was later shortened to “Skonk”.

Having completed his studies at the erstwhile Natal University College (NUC) in Pietermaritzburg (now the University of KwaZulu-Natal), Nicholson started out his academic teaching career at his alma mater, DHS, immediately before the Second World War broke out. During the war, he served as an instructor (sergeant-major), before being demobilised out of the SA Army in 1944, due to injury. Much to the disappointment of the redoubtable Head Master of DHS, Col AC “Betsy” Martin MC, Nicholson was sent by the Natal Education authorities to Maritzburg College, where he taught Geography and coached the 1st XV rugby team from 1948 to 1982. Indeed, in 1944, the youthful Nicholson found himself the subject of a heated dispute between Col Martin and the equally pugnacious Headmaster of College, Mr JW “John-Willie” Hudson, who also wanted to enjoy the services of the talented young master. Mr Hudson ultimately prevailed, as was his wont.

Nicholson served Maritzburg College up until his death, and could each day be seen making his way slowly to the school in one of his two 1960s Ford Valiants, invariably with his daughter, Diana, alongside him in the front seat.

Under his leadership, Maritzburg College came to be one of the sporting powerhouses of South Africa, producing 14 unbeaten First XVs and countless Natal and SA Schools’ players during his 35 seasons at the helm.

Nicholson coached numerous players, many of whom have played or are playing in international or national rugby sides. The names of these players include Keith Oxlee, Brian Irvine (captain of the Junior Springboks), Ormond Taylor and Andy van der Watt, and, since his official retirement, Joel Stransky (of World Cup 1995 fame), Jeremy Thomson, Pieter Dixon and Butch James. This exposure to internationally acclaimed rugby stars rendered Skonk one of the most recognised faces in South African rugby.
Nearby to the Kent Pavilion at Maritzburg College, overlooking the school’s main rugby field, Goldstone’s, stands the “Nicholson Arch”, which was erected in 1982, the year of Nicholson’s retirement. It is a cherished tradition for each First XV player, as he steams onto the famous pitch, to reach up and touch the apex of the arch, in mute tribute to Maritzburg College’s own “Mr Rugby”.