This weekend, College took on long-time friend and rival Kearsney College in cricket, water polo and basketball fixtures. Fortunately the weather was much more favourable this weekend with some great games taking place, most of them at Kearsney.

College had 12 cricket teams in action playing this weekend, most of which were against Kearsney. Overall results showed 8 wins and 4 losses for the #RedBlackWhite.

College 2nd XI match against Kearsney was played at home on Goldstones. College opened the batting and scored an outstanding 401/3, with excellent contributions from “Boela” Delport 139, Ferrar 136* and Sparks 61. Kearsney’s 2nd XI, were all out for 184, and College won by 217 runs. 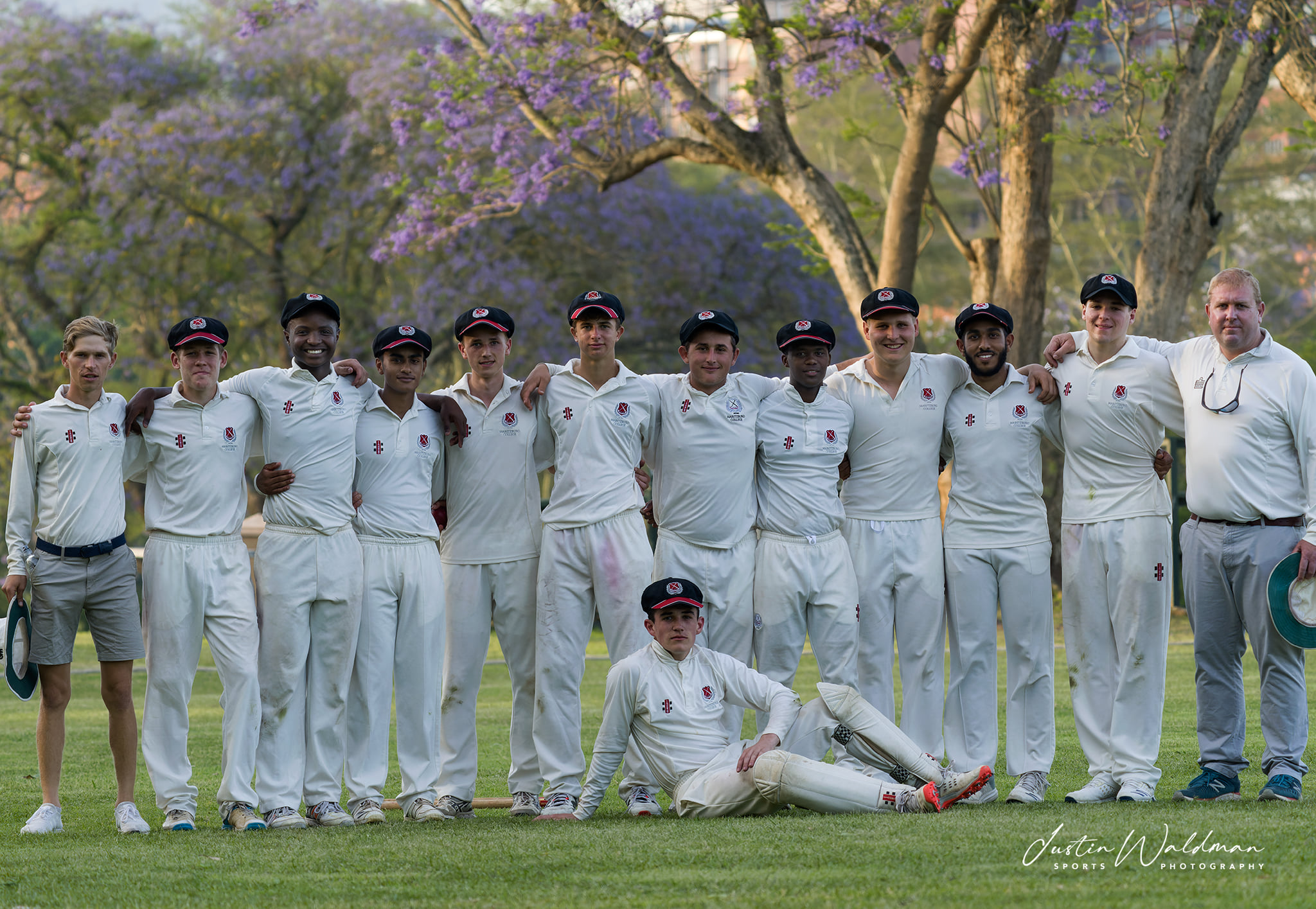 The College First XI brought home a comfortable victory this past weekend, despite being under pressure for a large portion of the match. The team travelled down to Botha’s Hill to take on Kearsney, on the picturesque AH Smith Oval. Kearsney won the toss and had no hesitation in sending College in to bat on a pitch that has assisted bowlers in the previous few weeks.

At the start to the bowling innings, the Kearsney bowling attack thrived in the conditions taking wickets at regular intervals, a mixture of poor shot selection and good bowling put College in the precarious position of 73 for 5. Jonathan van Zyl and Keyan Gace worked hard in the difficult conditions for a forty run partnership. The College lower order through Luc Jacobs changed the momentum of the game in the closing overs, Jacobs batted intelligently, running well and punishing any loose deliveries, his 40 off 19 balls getting College to a defendable 190 all out.

Kearsney got off to a reasonable start, the opening partnership of 26 was broken by Andile Simelane who bowled with good pace and aggression. Simelane made it 31 for 2, 9 balls later with Makabongwe Ngcobo taking a good catch at slip. At the end of the first power play, Kearsney were 42 for 2. Mark Laithwaite broke the 4th wicket partnership of 41 on the stroke of tea, the game was evenly poised with Kearsney on 93 for 4 after 25 overs. College missed 2 opportunities straight after tea, but they never allowed the Kearsney batsmen to settle or any partnerships to develop. Apart from the two missed opportunities, the College fielding was impressive and with disciplined bowling, ensured Kearsney were always under pressure, with two great catches coming from Gace and Simelane. The game ended with Gace executing a runout after a great stop at mid-off to bowl Kearsney out for 159, ensuring a well-deserved 31 run win.

Over the weekend the 1st water polo team travelled to Kearsney for the fixture. In what started as a close encounter in the first chukka, Kearsney started to increase their lead in chukka’s 2 and 3. In a strong effort from the College players, they managed to close the gap but were unable to catch up and went down 4-6. Z Rowe had a superb performance in goals, stopping 4 penalties.

Summary of all results vs Kearsney

On Saturday, College basketball took a larger number of teams to an away fixture than it has all year. Having faced Kearsney three times this year and been unsuccessful every time, tensions were high from the start of the day. The u14A team hit the ground running with an impressive win at the start of the day. Unfortunately, that glory was short lived as many of the other teams seemed narrowly outmatched by Kearsney.

When time came for first team to step up, the energy in the room was electric. The game was high stakes for both sides with Kearsney facing the pressure of extending their 3 game winning streak and College coming in as the underdogs. To add insult to injury, one of College’s quickest and most skilful players, TL Zimu, suffered a devastating injury the day before the game. Undoubtedly this would’ve thrown a spanner in the works for College. True to form, however, Zimu still showed up, crutches and all to cheer on his team. The boys fought hard and stole the lead early, it was an incredibly fast-paced game with hardly a moment to blink for officials. In the end, despite an impressive 19-point game by 3rd former L Dlamini, College just couldn’t keep their lead and succumbed to Kearsney in the end.